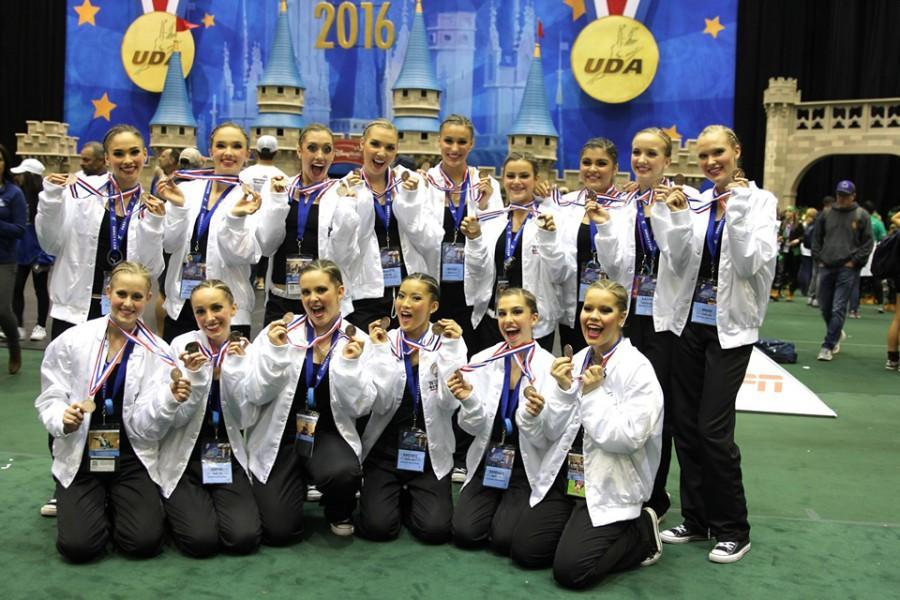 Carlsbad High School’s varsity dance team won top honors the weekend of Jan. 30 and 31 during the World School Cheer/Dance Competition at the ESPN Wide World of Sports in Orlando, Florida, the team announced.

The Lancer Dancers received first-place world rankings as the overall highest scoring team in the competition.

“Our girls are so proud to have earned the title of 2016 World Champs,” team coach Laura Nares said in the announcement. “All the hard work and practice they put into preparing for these two competitions has paid off in a big way.”
The invitation-only World School Cheer/Dance Competition, held alongside the annual Universal Dance Association National Championships, is an international competition where the top five high school teams from the previous year are invited to participate, Lancer Dancer representatives said. The contest included competing teams from the U.S., Mexico, Japan, China, Ecuador and Colombia.

“This is the first time in six years that the Lancer Dancers have earned medals in both jazz and hip hop,” team booster club President Michelle Ginn said in the announcement. “It’s an amazing accomplishment when you’re competing against hundreds of the country’s top public school and private performing arts school dance teams.”

Participating teams had to compete in regional competitions in to qualify for the nationals, according to the team’s announcement.

More information about the team can be found online at www.lancerdancers.com.