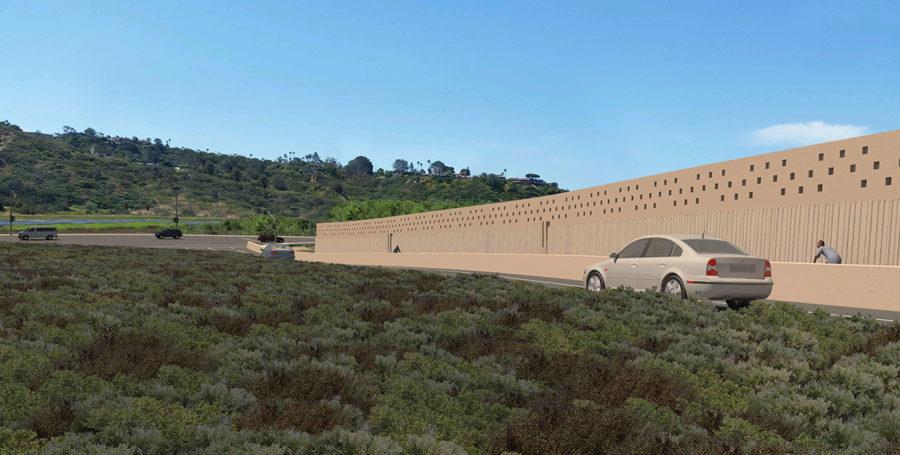 In a crowded conference room at Holiday Inn in Carlsbad on Oct. 10, employees and consultants of the San Diego Association of Governments stood at stations to answer questions for North County residents about the three-part construction project known as BuildNCC in the second of a two-part open house series.

BuildNCC, part of the North Coast Corridor Program, is about to begin a new stage later this year on Interstate 5, which covers 8 miles of freeway from Birmingham Drive to Palomar Airport Road.

“We are doing a massive campaign to notify everyone,” said Arturo Jacobo, Caltrans project manager for BuildNCC.

This stage of BuildNCC is estimated to last 18 months and will affect traffic in both directions and could prompt commuters to seek alternatives.

“There’s 700,000 trips that take place each day,” Jacobo said, referring to the I-5 corridor that stretches between Los Angeles and San Diego.

According to its website, BuildNCC is a project that has been in the works for more than a decade and will include freeway expansion to I-5 that will add one carpool, or HOV, lane in each direction for 27 miles from La Jolla to Oceanside, double track the majority of the county’s coastal rail line and make enhancements to the San Elijo Lagoon.

The freeway will not lose any lanes during this time, according to documents available at the open house, but instead those lanes will be reduced in width and will also be “shifted towards the outside of the highway.”

SANDAG is also taking steps to minimize the impacts to commuters during construction such as keeping all lanes open during the day, minimizing construction noise and lighting at night, and installing noise barriers in some areas around equipment.

Commuters can also keep themselves informed on construction by visiting
SANDAG’s construction notices page to view what is in store for each upcoming week.

Traffic can be a concern as construction begins, and iCommute, a program offered through SANDAG, has multiple resources to help commuters save time and even money.

Rachel Forseth, an iCommute account executive and consultant to SANDAG, said ridesharing can be a great alternative.

iCommute offers information about sharing rides as well as joining programs that will pay you to share your vehicle with other commuters. Options include alternatives such as Lyft Line, available through the Lyft app, where rates can be up to “60 percent lower than regular Lyft rides,” or uberPOOL, where people who share similar routes are connected to share rides and split the cost through the Uber app.

The newest program available will pay people to use it.

“We’re partnering with Waze,” Forseth said, about a program where people can download the Waze app, a navigation application that also provides directions, travel times and route details, and sign up as a rideshare driver or passenger.

According to Forseth, a driver using the Waze app can get paid 54 cents per mile up to $15 per trip for picking up and dropping off passengers. Once someone signs up and enters their commute into the app, Waze matches people on similar routes.

iCommute also offers preregistered commuters who use carpools, vanpools, or those who bike or walk to work, a program that guarantees them a free ride home three times a year in case of emergency or if work schedules change at the last minute.

“The number one reason people don’t carpool is they need to leave in a pinch,” Forseth said about the guaranteed ride home program and how it aids those situations to help encourage people to rideshare.

“Even if it’s just one or two times a week, it can make a collective impact,” Forseth said.

According to Jacobo, SANDAG also has a motorist aid program that will offer free towing services for extended hours to assist drivers should something happen during construction that leaves people stranded.

“There’s something that will work for everyone,” Forseth said.