Preserved Home: Some kernels of knowledge about grains’ greatness 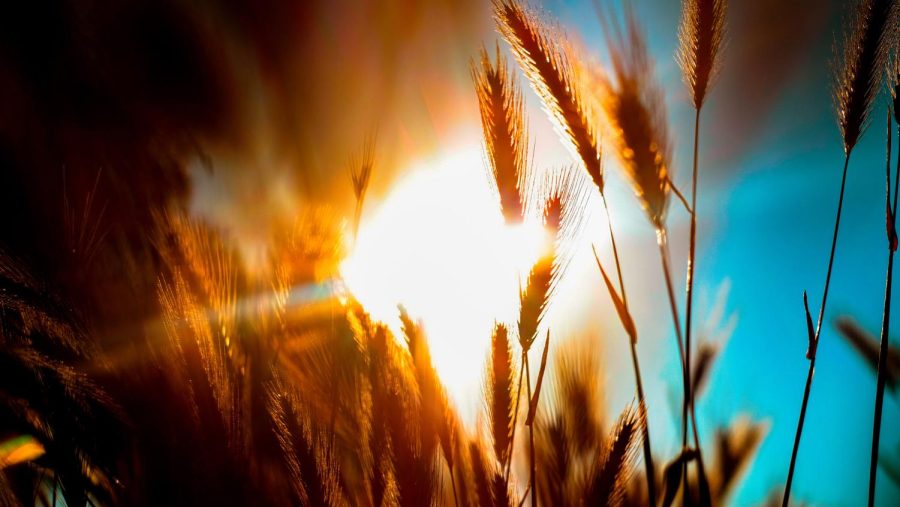 Wheat. (Photo by Hikmet via Unsplash)

There’s been much talk about pending food shortages, particularly because grain production is suffering with drought and the war in Ukraine. Grain should be a staple in every food preservationists’ pantry due to its versatility, nutritional value and 25-year shelf life. With its various varieties and structures, grain is not so straightforward in terms of baking, but once you are acclimated to employing grains in the kitchen, it will become a rewarding adventure.

Wheat berries can be used for porridge, as a side dish, spouted, grown into wheatgrass, ground into flour, and to bulk up chili and soups. While wheat berries are an important staple for long-term food security, you should experiment and find ways to incorporate them into your routine diet.

The most common types of grain are hard red wheat, hard white wheat and soft white wheat. Hard red wheat is the “wheatiest” of grains, and hard white wheat its lighter counterpart. Both have enough gluten formation for successful yeast bread, with hard red containing the most protein. Soft white wheat has higher moisture and lower protein and best suited for cookies, quick and flatbreads. The ancient grains are all different, and you should explore the differences before baking. Here are some of my favorite grains.

Spelt is an ancient grain that likely originated in Mesopotamia, and it has sufficient protein for gluten development and does not need incorporation of hard red or hard white wheat for yeasted breads. This grain yields a springy loaf, offering a sweet, nutty flavor.

Kamut is a delicious, buttery grain yielding a warm yellow loaf. Last time I baked a loaf with kamut, it actually smelled like butter. Kamut should be mixed with grain containing higher protein for improved gluten formation — I use 50% kamut and 50% hard wheat, which gives the soft luxury of white bread but with the nutrition and substance of wheat bread. Kamut is also popular for homemade pasta.

Einkorn is trendy because it produces low gluten and is friendly to the gluten sensitive. However, in my experience, it’s a little tricky in baking. If I had gluten sensitivities, I would put forth the effort to really experiment with this grain, which has a sweet, nutty flavor. I’ve seen people use einkorn for sourdough starter, but it’s most often used for muffins, cookies and quickbreads.

Most people think barley is just for soup, but when milled it’s a nice flour. Like einkorn, barley is lower protein and should be mixed with other wheat for yeast breads, but alone is fine for cakes and cookies.

In choosing barley, you should look for hulled, not pearled, barley. Thought to be one of the first crops cultivated, barley has roots in ancient civilization and is thought to help skin.

According to the book “The Good Grains,” by Rodale Press, “Many English women credit their fabled complexions to a drink made from the water barley cooks in … to make barley water from scratch, simmer 1/4 cup barley in 1 1/4 cup quarts of water for about an hour. Squeeze 1 lemon and 2 or 3 oranges and set the juice aside. Pour off water in which barley has been cooked, add fruit rinds to it and let cool. Then remove rinds and add the fruit juice and refrigerate for future use.”

Rye grows wild and was previously considered a weed. Because of its hardy nature, withstanding cold climates, rye became popular in northern and eastern Europe.

Yielding a chewy texture and tangy flavor, rye does not form gluten well and should be combined with higher protein flours to avoid a dense crumb. I use rye for my sourdough starter as it’s robust for fermenting.

In order to mill your own grain, you will need a grain grinder. There are several good brands, but I have a Wondermill, which can grind many things including beans, corn and rice. Popcorn is an important staple in my house not only for snacks, but so I can grind the kernels into cornmeal.

With grain, it should be freshly milled so it doesn’t go rancid and maintains its nutritional value.

According to “The Essential Home Ground Flour Book” by Sue Becker, “Most whole grains will not turn rancid or lose their nutritional value if stored intact for long periods. Grains believed to be more than 3,000 years old have been discovered in the tombs of ancient Egyptian rulers. Surprisingly, those grains were nutritionally viable, and when planted, they grew.”

Grains are the perfect prep, and they can be stored indefinitely when stored properly.

Purchasing grains affordably can be done by going through a co-op such as Bread Beckers or Azure Standard. You can order a wide range of bags up to 50 pounds, which sounds like a lot, but one long loaf of sandwich bread requires 2 pounds of grain — it goes quickly. I store mine in food-grade buckets with gamma lids.

I employ a couple helpers in my bread dough for a soft, sliceable loaf that gives the substance of store-bought with the luxury of homemade. Dough enhancer makes the loaf lighter, fluffy, and extends the bread’s life using natural ingredients. Vital Wheat Gluten is used to help the dough rise, incorporating more gluten to the bread’s structure, which I use when baking with wheat.

Homemade bread made with freshly milled flour provides a soft yet sturdy canvas for sandwiches and spreads with tremendous health benefits canceling any bread guilt. Common, nutrition-lacking loaves are now the price of the artisan counterparts in the store. Buy grains now to to stock your pantry, and fill your bread box with a slice of heaven.

Add together warm water, and 1 1/2 cups of kamut and 1 1/2 cups of hard white wheat flour, and the oil through the yeast. Incorporate for about a minute, then add the remaining flour and salt. Mix, and gradually sprinkle extra flour over dough about a tablespoon at a time until the dough on the bowl’s sides are off. Mix for about five minutes, and stop mixer. Take a piece of dough and stretch it up to a light. When you can see through the dough without it tearing, the gluten has formed.

Put dough on a clean, lightly greased counter. Divide dough in two if making two small loaves. Flatten dough into a rectangle, roll up tight, pinch opening closed, and also on sides. Place in greased baking pans (or one long pan) and cover. Let rise for about 30 minutes while oven preheats at 350 degrees. After the dough has risen, brush the tops with beaten egg. Sprinkle tops with oats, bran, or any topping you desire. Bake for about 30 minutes, or until done.