Historically Speaking: The ‘Golden Age’ depends upon your age 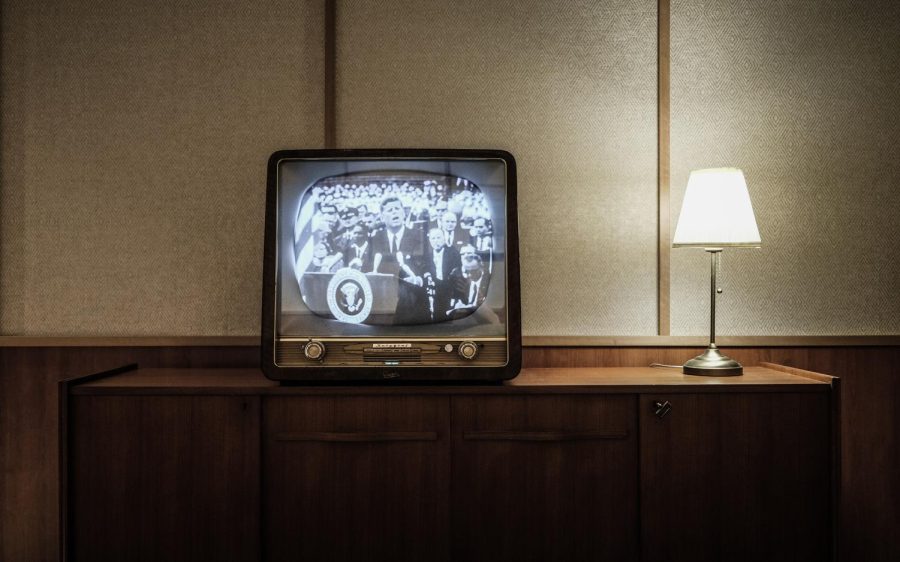 We often hear the phrase “that was back in the ‘golden age’” (of whatever you want to discuss — television, movies, lifestyle, politics, cars). Probably the most commonly discussed “golden age” has to do with communication — and, depending upon your age, that can take in a wide variety of subjects — magazines, newspapers, television and radio.

Remember Collier’s, Saturday Evening Post, Life or Look? No? Then you hadn’t made your arrival here on Earth until after the 1950s. Among many others, these were popular weekly magazines that were the People magazines of their day.

News magazines such as Time and U.S. News & World Report were in they heyday by mid-century. Life magazine, for example, began publishing in 1937, but ended its weekly press run in 1971. It was among the top weekly picture publications.

One could say the late 1800s to the first half of the 20th Century was the golden age of newspapers. Every major city in America had at least two newspapers. New York City had seven. Interestingly enough, today, overseas cities such as London, Paris, Melbourne, Sydney and Berlin each have more than four. Most of those cities sell their newspaper via street vendors. Door-to-door delivery seems to be an American thing.

Today, Chicago has three down from four, and New York City is down to three from seven until the 1970s. San Diego’s three has dwindled to just one daily for the entire county.

We’d have to include a golden age of automobiles during the 1920s through the ’60s. Some of the most inventive vehicles were born and sold. The Stanley Steamer (yes, it was powered by steam and went very fast). And there was the luxurious hand-built Duesenberg, which was a “real doozie.”

There were a number of electric-powered cars. Those left from the “Greatest Generation” will remember the Graham and the Cord. Those of us who have been around since the ’30s, ’40s and ’50s remember Packard, DeSoto, Willys, Kaiser, Frasier, Crosley and, for a very short time, the Tucker. One of the best-built, but ugliest probably, was Ford’s Edsel. It just didn’t attract enough drivers. The grill might have had something to do with it.

Radio’s golden age began in the late ’20s and lasted little more than two decades (1930s through the 1940s). Many of future TV star performers, sit-com and drama formats were developed during this period. But anyone born after 1950 would probably not have experienced the comedy, drama, quiz shows and much more wonderful programming given birth during that period. Many of us rushed home from school to listen in on our radios to “The Lone Ranger,” “Sky King,” “Sergeant Preston of the Yukon” and “Straight Arrow.”

Mysteries and dramas such as “The Shadow” and “Nick Carter, Private Eye,” “Johnny Dollar” “Gangbusters,” “Intersanctum” and “Lux Radio Theater.” Nighttime radio broadcasting had millions of listeners tuning in to comedies such as “Fibber McGee & Molly,” “The Life of Riley,” “Bob Hope,” “Jack Benny, “George Burns & Gracie Allen,” “The Great Gildersleeve” — all made us laugh.

In 1939, a 24-year-old Orson Welles had half the nation scared that the Martians had landed in New Jersey when his Mercury Players presented on radio H.G. Wells’ “War of the Worlds.”

Nowadays, when the “Golden Age” of anything is mentioned, the first thing that comes to mind is television. While most of us older folk associated with the 1950s, it really isn’t true. Years from now, people will look back at today’s present-time period as “The Golden Age of Television.”

Think about it — television sets, programming and reception have never been as good as they are now. No more “snowy” pictures … “fade-outs,” or “test patterns.” Television sets are bigger, better and lower-priced than ever before — and, you can hang them on the wall.

Some will argue that radio was more dramatic producing programming than TV because our brains can conjure up pictures in our minds as we sat listening to “Mr. Keen” tracing lost persons or “Sam Spade” getting in a fist fight with a bad guy.

Today’s television programming is far-reaching. There’s very little that you can think of that isn’t available on a wide variety of “streaming” channels. Movie theaters have all but been wiped out because of today’s modern era of television. “On Demand” programming has new movies available while some are still in the theaters — if you can find one that hasn’t closed down. Theaters are attempting a comeback, but the jury is still out as to whether they’ll make a profitable go of it. Cable TV offers 24-hour news with talking heads spewing all sorts of opinions.

In some ways, television, computers, cell phones, and video games are almost too good — they keep us on our butts and dangerously inactive. You could say we’re presently in the “Golden Age of Indulgence.”

Tom Morrow is a longtime Oceanside-based journalist and author.

Columns represent the views of the individual writer and do not necessarily reflect those of OsideNews’ ownership or management.