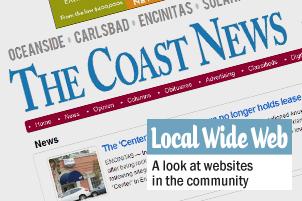 The economic reality for media has caught up to longtime North County free weekly newspaper The Coast News. It recently launched a pay wall on its website, which gets nearly 50,000 hits per month.

“I (was) not getting any money from the Web page,” said Jim Kydd, the newspaper’s publisher. “And the reality is that I am losing readers to online, where I (was) giving it away for free.”

Kydd explained that banner ads on the site do not bring in enough revenue to host it. Therefore, a fee for unlimited access was needed. The pay options are $3.70 per month for a year, $5.45 monthly for six months and $9.75 for one month.

Readers can log on the site and look at it, but after several article views they will be routed to the pay wall.

“The businesses buying ads for the newspaper are the ones paying for the site; it doesn’t make sense,” Kydd explained. “I have to get something out of spending money on hosting the site.”

North County blog Encinitas You Need Us broke down the cost in an April 20 post.

“1 quarter + 3 dimes + 6 nickels = 85¢ each week, or the one time yearly fee of $44.40. That’s all that’s needed for each week’s read. Mary Fleener’s political cartoon, community letters and Andrew Audet’s Liberty, Liberty and Leadership commentary alone are worth the fee.”

The Coast News has been around for close to 25 years. It covers Oceanside, Carlsbad, Encinitas, Solana Beach, Del Mar and Rancho Santa Fe. Its site, www.thecoastnews.com, is updated on a daily basis with current events and its weekly publication is uploaded digitally.

The Encinitas You Need Us Blog called the newspaper a “rare find” and said its content is worth the pay.

“Finding a local newspaper that is responsive to citizen concerns is rare because genuinely local papers are nearly extinct. Let’s support this valuable little gem of a paper,” the blog’s April 20 post stated.

Kydd went on to say that if readers are unable to subscribe for the online content, then they can wait for the print edition on Fridays.

“I just can’t keep giving it away for free; I would be out of business,” he said.