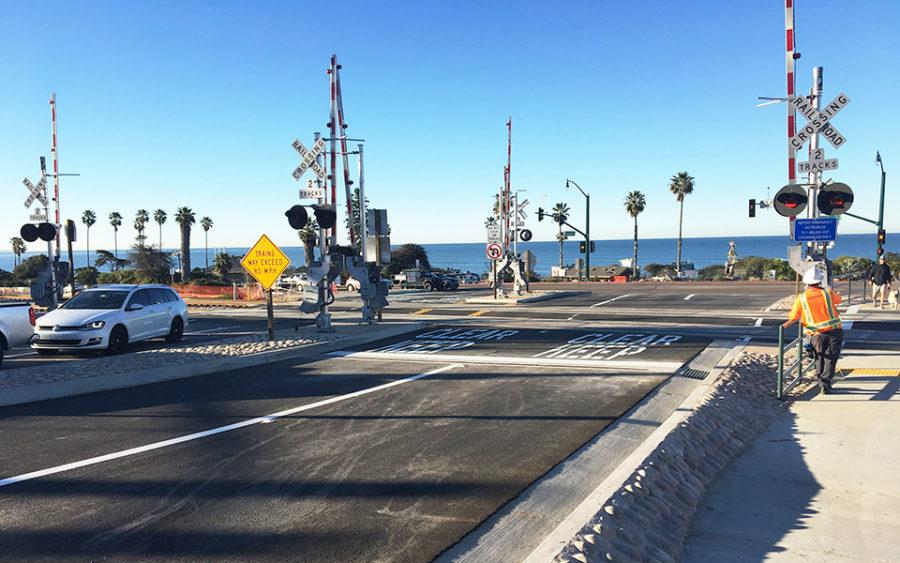 The area had been closed most of January for projects to improve traffic flow and safety. The work was completed on schedule.

Crews installed bicycle and pedestrian safety improvements and new rail crossing infrastructure ahead of the city of Encinitas’ planned Quiet Zone, which would allow train engineers to sound train horns at their discretion when approaching the crossing.

In addition, several other improvements were made, according to SANDAG’s announcement:

The disabled-accessible sidewalk on the north side of the intersection connects with the Encinitas Coastal Rail Trail bikeway, which is expected to be complete later this spring, SANDAG reported. Signal improvements allow better coordination of vehicle and pedestrian traffic as well as train crossings.