55-mph limit returns to Interstate 5 from Encinitas to Carlsbad 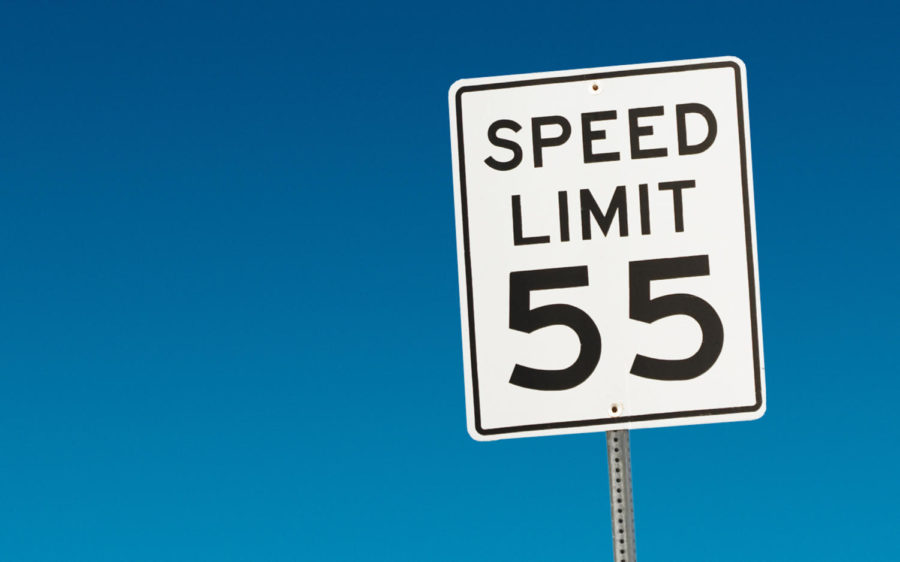 Speed has been reduced to 55 mph along Interstate 5 from Encinitas to Carlsbad during freeway construction. (Photo by Micah Bowerbank, iStock Getty Images)

The I-5 speed limit has been reduced from 65 mph to 55 mph along an 8-mile stretch of the freeway from Manchester Avenue in Cardiff to Palomar Airport Road in Carlsbad, according to Caltrans. The change, which includes northbound and southbound lanes, officially takes effect March 11 and will remain through 2022. Encinitas Deputy Mayor Jody Hubbard, who represents District 3 (Cardiff) on the City Council, was among the local officials on hand for a live announcement of the speed change at the northbound Manchester Avenue offramp.

Unlike the 55-mph reduction that lasted from 1974 to 1995, the new lowered speed is temporary and has to do with construction safety rather than an oil crisis. The lower speed coincides with work on carpool lanes as part of the ongoing Build NCC project.

“The speed limit reduction is being enacted to ensure the safety of the traveling public first and foremost,” Caltrans Corridor Project Director Allan Kosup said in Caltrans’ announcement. “Reducing one’s speed to 55 miles per hour helps reduce the chances of fatal crashes. The speed limit reduction also will ensure the safety of construction and maintenance professionals who work along I-5 each day and night.”

Construction signs along the freeway and at every onramp will alert motorists to the new speed limit, Caltrans noted. In addition, electronic speed feedback signs will be placed along the I-5 work zone to inform motorists of their speed.

The Build NCC project running through Encinitas and Carlsbad is the first freeway construction zone in San Diego and Imperial Counties where speeds will be reduced 24 hours a day, 7 days a week, according to Caltrans. State law allows the transportation agency to reduce speed limits in construction zones.

“The California Highway Patrol supports Caltrans in this initiative,” CHP Cmdr. Brent Pembleton said in the announcement. “Too often, our officers must manage the aftermath of senseless collisions caused by excessive speed. CHP will enforce the new, posted speed limits and motorists are reminded that state law dictates that violations in construction zones can be doubled.”

Build NCC is a collaboration between Caltrans and the San Diego Association of Governments to widen and update freeway and rail infrastructure in the area, known as the North Coast Corridor Program.

More information about Build NCC and the North Coast Corridor Program can be found online at keepsandiegomoving.com/Build-NCC/buildNCC-introduction.aspx.