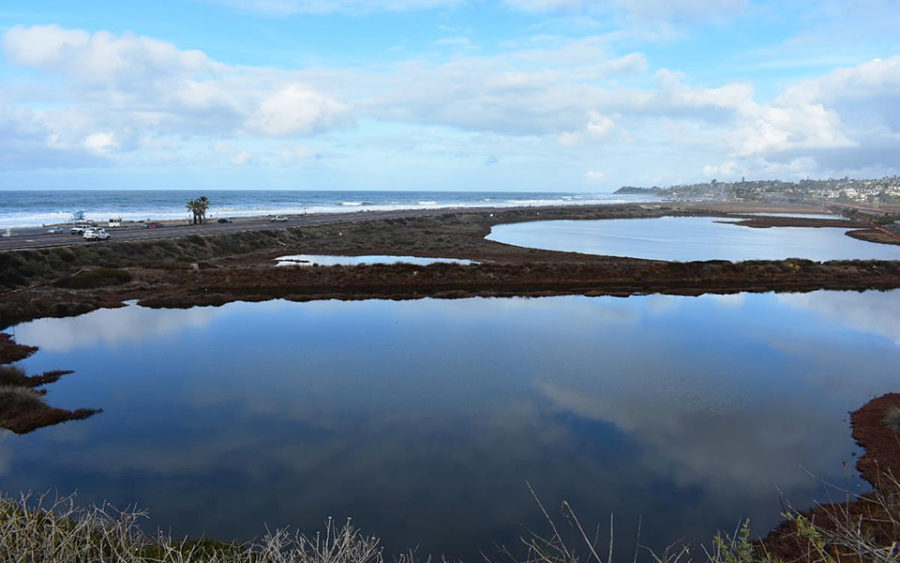 Ground is breaking at the start of this month on the San Elijo Lagoon Conservancy’s Harbaugh Seaside Trails project, the organization announced March 1.

Work on the trails begins amid major San Elijo Lagoon restoration work as part of the BuildNCC transportation project.

The 3-acre overlook on the east side of Coast Highway 101 at the border of Cardiff and Solana Beach, at the south end of San Elijo Lagoon, was purchased by the conservancy in December 2011 for $3.75 million. The land, formerly known as the Gateway Property, had been eyed for hotel or condominium development until the conservancy bought the land. It was named Harbaugh Seaside Trails in honor of the Harbaugh family and its foundation, which donated $1.15 million to help preserve the property.

“Time was of the essence, six years ago, when San Elijo Lagoon Conservancy acquired Harbaugh Seaside Trails with the crucial support of lenders who joined in the cause,” Doug Gibson, the conservancy’s executive director and principal scientist, said in a news release announcing the project’s start. “As a land trust, we reflect on the highly successful community connections made in these endeavors and look forward to generations of public enjoyment.”

Work is expected to take one year, culminating in the trails’ opening in early 2020, according to the conservancy.

Removal of invasive plants to make way for native species that will attract pollinators and link the habitat to the San Elijo Lagoon Ecological Reserve;

A viewing deck on the northern end as well as interpretive signs;

The conservancy also plans to guide community volunteers in the planting of native species this fall, the organization announced.

In addition to the Harbaugh Foundation’s gift in honor of the late George and Betty Harbaugh to help purchase the property, more than 1,200 supporters donated to the fundraising campaign, according to the conservancy.

“Harbaugh Seaside Trails, with its tremendous views of the ocean and San Elijo Lagoon, is a great asset to the public,” Harbaugh Foundation Director Joe Balla said in the conservancy’s announcement. “Open space preservation is one of the most important priorities of The Harbaugh Foundation, and we are proud to have played a part in preserving this landmark site for all to enjoy.”