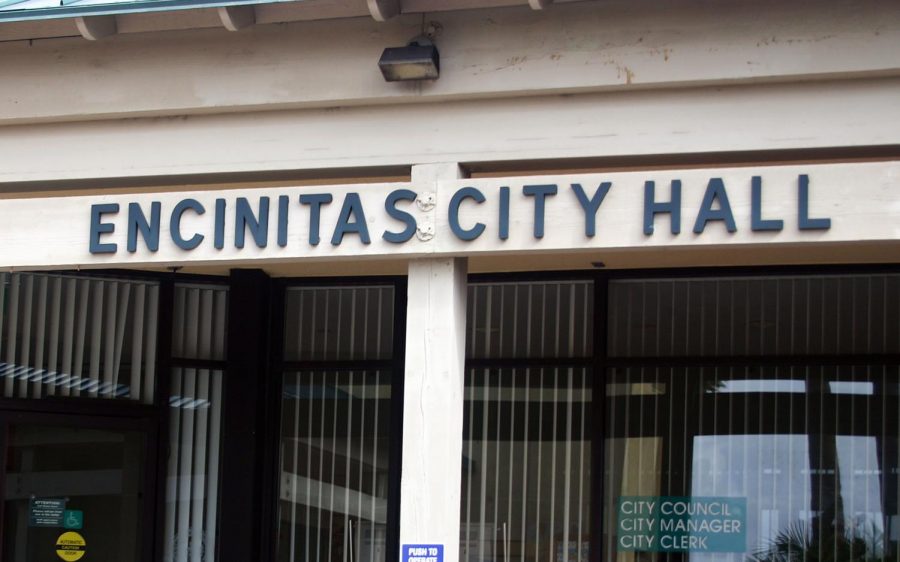 The past-midnight vote came after several hours of contentious public comments that included the announcement of a mayoral run from one of the speakers.

Councilman Tony Kranz was the lone dissenting vote. Kranz followed the vote with a proposal to amend the city’s Municipal Code to make it legal to sleep in a vehicle for shelter.

The parking lot, located at 441 Saxony Road on Leichtag Commons property formerly part of Ecke family ranch, would become one of four operated by Jewish Family Service in the region.

Three lots are operated within the city of San Diego. The lots have popped up as one way to help alleviate San Diego’s growing homeless population.

The Encinitas lot would accommodate 25 spaces for households living in their cars, Mayor Catherine Blakespear noted early in the meeting. Spaces would be open from 6 p.m. to 7 a.m.

Anne Olmstead, president of the League of Women Voters’ North County chapter, chairwoman of the league’s statewide task force on homelessness, and one of Encinitas’ first City Council members, shared the organization’s position on the need for such facilities.

“Research shows conclusively that when many people in California first become homeless, they attempt to live in their cars,” Olmstead told the council. Safe parking programs are being adopted in other communities in the state to provide a safe, sanitary, legal space to settle at night.

Kranz asked Olmstead if the City Council ever dealt with homelessness on its agendas during her time in office.

“Yeah,” she said. “But it was minor. In those days, we didn’t have high rents like we do now.”

Tom Cozens, a member of an Encinitas family with town roots dating to 1883, gave the speakers and council pause for thought on the community’s history of compassion.

“One thing about Encinitas that I think is important to keep in mind is the character of this town,” he said. “It’s a community that has consistently over the decades cared for one another. It has found ways to step up, long before we were a city.”

As an example, Cozens talked about a time when the community supported Japanese residents who were facing internment during World War II.

“This city, as a flower-growing city, had many Japanese residents. They were sent off. The Ecke family stepped up,” Cozens said. “The barns, on the same property that Leichtag now owns, those barns were opened so that those families could put their belongings there and return and find them.”

Other speakers in favor of trying the parking lot program warned residents not to make broad assumptions about the homeless population when it comes to issues of drug use, disease and vagrancy. Current and former homeless residents were also among the audience at the meeting.

Some of those in opposition to the Safe Parking Lot proposal expressed concerns about possible crime and vagrancy, and some questioned the City Council’s motives and processes in putting the proposal forward.

Mike Reynaga, a 39-year resident who said he owns a local business and has hired the homeless, said he experienced homelessness in his youth. But he told the council he was against the parking lot.

“My concern is the safety of all this,” Reynaga said. “I’m super concerned about the safety of this. I’m not against the homeless; I’m against that location and getting back-doored about not having a voice whether we want this thing in our city or whether we don’t want it here.”

Cardiff resident Julie Thunder encouraged the city to develop its own program that it could fund, monitor and set clear rules for. She expressed concern about the use of a California HEAP grant — which comes from a $500 million program to help cities and counties address the state’s homeless crisis, in this case through Jewish Family Service — which she said removes some local control.

During earlier public comments, Thunder announced her plan to run for Encinitas mayor, citing the parking lot proposal among her grievances with the City Council.

“You’ll likely approve a regional, even bigger than big city, homeless parking lot and slap it right in the middle of one of our cherished agricultural properties,” she told the council at the start of the meeting.

“To everyone here tonight,” she followed, “please join me, right here and right now, in keeping Encinitas a beach town, as I hereby announce my candidacy for mayor.”

After the council’s vote in favor of the Safe Parking Program lot, Councilman Tony Kranz proposed a change to the Municipal Code to allow for sleeping in vehicles for shelter.

“Sleeping in a motor vehicle for shelter in Encinitas is currently a violation of city ordinance,” Kranz’s proposal stated. However: “The current proposal to establish a Safe Parking Program using a Leichtag Commons parking lot addresses this issue through state powers authorized under the Shelter Crisis law.”

“I have concerns about the sustainability of declarations of ‘shelter crisis,’” Kranz told the council, noting that San Marcos was first to be considered for a Jewish Family Service safe lot on a church property because city law allows for sleeping in cars on private property.

Kranz said that changing Encinitas’ Municipal Code might eliminate a possible element to any lawsuits that might come from opening the such a lot.

Resident Marty Benson suggested abolishing the code that relates to both cars and recreational vehicles and instead allow for legal public parking, including paid. Funds from paid parking could go toward supervised 24-hour public restroom facilities as well.

“I see the conflict because the ordinance in question actually prohibits people from sleeping in a car on public or private property,” Benson said. “A person making dinner in a car or doing homework in a car, that’s otherwise legally parked, is making better use of public property than somebody who’s just leaving their private property there for the evening.”

Council members opted to revisit the proposal in the future.