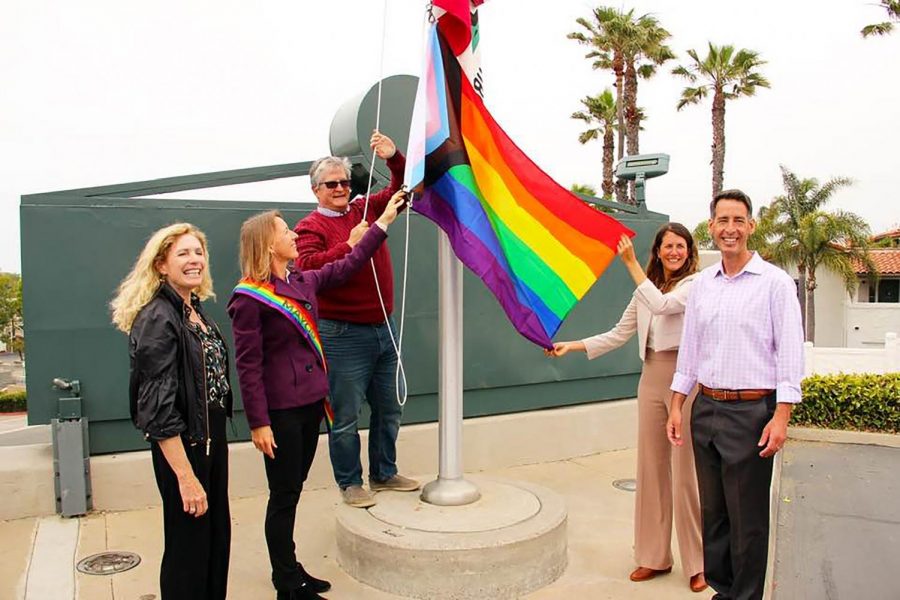 Encinitas City Council members gathered Wednesday, June 2, to mark Pride Month with a moment of silence and the raising of the Progress Pride Flag at the Civic Center.

The 2 p.m. flag-raising will be followed by the reading of a proclamation June 9 during a City Council meeting, according to a city news release.

Pride Month — which recognizes lesbian, gay, bisexual, transgender and queer (LGBTQ) members of the community — has its roots in noting the 1969 Stonewall Uprising in Manhattan.

This is the third year that Encinitas has formally recognized the month, according to the city’s announcement. The Progress Pride Flag, which incorporates traditional Pride rainbow colors plus white, pink, light blue, brown and black, will fly for 30 days.

The Encinitas Civic Center is located at 505 S. Vulcan Ave.