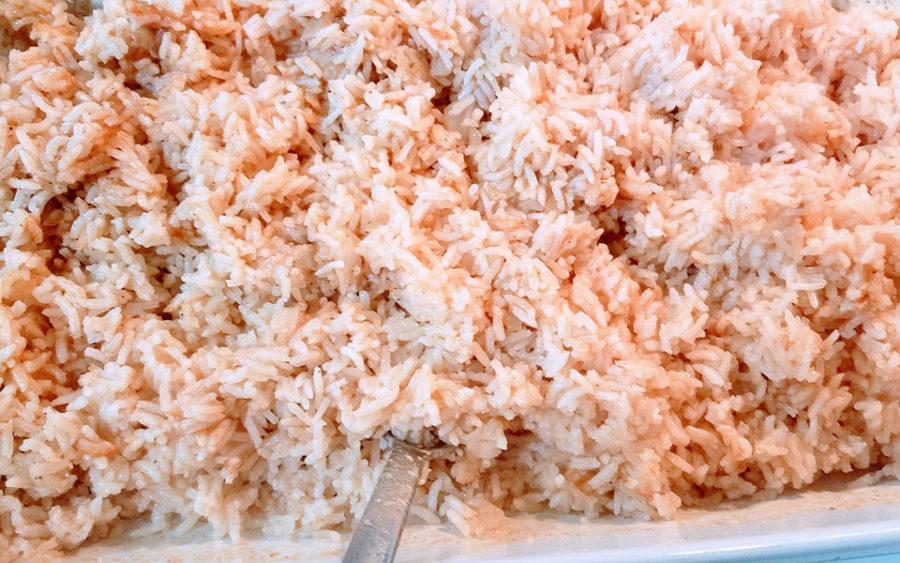 The standard for me was set years ago at Carlsbad’s Fidel’s Mexican Restaurant. It’s now called Norte, but to some of us, it will always be Fidel’s.

It was always a treat, going to Fidel’s. Their chips were hot and crunchy, and we ravenously scooped as much poblano sauce as possible on our chips. As you can imagine, there was bickering about who wasn’t saving enough for others, while my family of four all jockeyed for a position near the bowl.

For dinner, I always got the enchiladas, which were so enormous, I only ordered half. It truly is the best Mexican food I’ve ever had, including the cuisine I’ve had in Mexico. Even though the servings were large, everyone would order a side of rice because we could not go without.

Mexican rice at Fidel’s was full of flavor but wasn’t saucy. The texture is hard to describe, but sometimes the red-stained grains stuck together, accented by little translucent pieces of onion. There was just enough sauce to give it flavor. It was perfect. More than 30 years later, I’ve been able to duplicate what I remember enjoying, and now my family of four fights over who gets rice as leftovers the next day.

Over the years, I’ve learned cooking your rice or pasta in broth rather than water imparts a world of flavor. I do the same with quinoa. I can’t be sure, but I’m thinking that’s what the brilliant chefs at Fidel’s did for a great flavor base. I’ve also found baked rice to be superior in texture, and as a bonus, it’s easier.

Because I no longer live in Southern California, I don’t have the pleasure of dining at Norte’s unless I’m visiting family, but I’ve done my best to bring the flavor to my kitchen, and to resurrect memories of that great Carlsbad restaurant by the sea.

Combine all ingredients, and cover tightly with foil. Bake an hour. When you pull from the oven, the onions and some sauce might have floated to the top, so fluff the sauce back into the rice. Don’t peek before the hour, as you will let valuable heat escape.