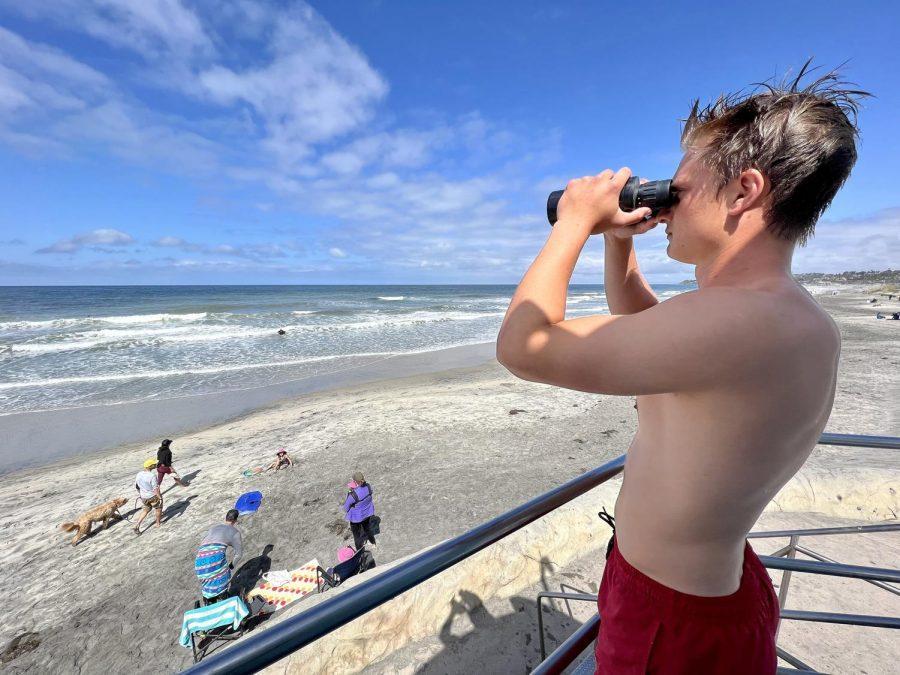 Project Moonlight is the brainchild of an ocean lifeguard and emergency medical technician. It’s named after Moonlight Beach in Encinitas and is the inspiration of Jake Ratermann.

Ratermann came up with the idea of having other lifeguards/EMTs to join him in Third World countries to provide training and medical services to populations that need the help they are able to offer.

It’s much like the surgeries and lifesaving work that various physicians and medical organizations do in countries around the world.

Project Moonlight has similar goals — to save lives and train others — but it focuses on incorporating the sort of skills more commonly used by lifeguards.

Ratermann, a San Marcos native, began to conceive his idea while attending the University of Montana, earning degrees in sociology and criminology. He got the chance to be exposed to the work done by EMTs when he entered the Aerie Backcountry Medicine program while at the university, which provided survival situation training, including avalanche and swift-water rescue techniques as well as search and rescue training.

Those in the course also had the opportunity to go to Costa Rica where they could travel to various villages and “really get a feel” for medical relief work, joining other medical providers such as physicians and nurses.

The experience was a real eye-opener for Ratermann, who says it provided him “the greatest things I learned in college.” He says he learned “just how different cultures are.”

During the Costa Rica trip, Ratermann says, he “traveled to various different villages, and really got a feel for how to use newly learned skills and in an environment that has little or no access to health care. And so that was a really, really eye-opening experience.”

And it helped him make an important decision.

“I knew my goal in life, I wanted to help people. And that was really where my focus was.”

Ratermann would get his EMT/lifeguard certification from the city of Encinitas’ training program, which included demonstrating expertise in swimming. That part wasn’t so easy, he says.

“It was a humbling experience to go through something where you think you’re gonna be OK, but there are guys who are 20 times faster than you,” he says. “Still it was a really cool experience.”

He had also begun to extensively search the internet to find a way to realize his life goals, and in doing so, he “found how many in communities die from just simple, simple things, like a major cut, that could be treated correctly and the person would live,” he says.

There are few people who have experience in medicine, “so for me, as a non-doctor, I could teach that,” he says. It “motivated me to start this whole organization.”

But he could find no existing group doing this, using men and women trained as he is, who want to help in Third World countries.

“So it kind of dawned on me like, you know, if you can’t find something, then just create it yourself,” he says.

His job as a lifeguard/EMT offers “a great environment, constantly surrounded by first responders, I have so many connections within that realm,” so Project Moonlight was born, named after Moonlight Beach in Encinitas.

The first phase of the project is set to go this month, with a trip to Lombok, an island in Indonesia, home to almost 4 million people. The lack of drinking water is of major concern for the region.

“This is a foundational trip” for a five-man team, and Ratermann says plans are underway to recruit women for his next trip.

“For this trip, they’re all lifeguards and trained in marine safety. And they have an edge,” he says. “They all have major educational backgrounds, majoring in all different areas, from marketing, to business, to finance, to fire sciences. So they’re very, very educated in the EMS world so they have tons of training and hours of experience.”

A big help for Ratermann came from a connection provided by a local Rotary Club member, who led him to Soraya Robin, an activist daughter of the Rotary Club president in Lombok. She’s providing the project with important logistical and intelligence for the trip.

He says they will be able to enter impoverished villages further inland away from the coast thanks to Robin’s guidance throughout. He says “we have to pass everything through to the village elder. And so once the village elder approves that we’re allowed to go into the village,” they can provide medical rescues, training and other services.

Ratermann says some doctors “were gracious enough to help supply us” with items such as sutures and surgery supplies to give to the villagers. But there’s much more his group can do but doesn’t have the resources it needs. So the founder of Project Moonlight says anyone who wants to help is more than welcome to do so. Information can be found online at www.projectmoonlight.org.

The highly motivated Ratermann says he also is thankful that the supervisors of this team of EMTs, their sergeants, captains and lieutenants are encouraging the team to go. The thinking is this will provide a unique experience for their agencies.