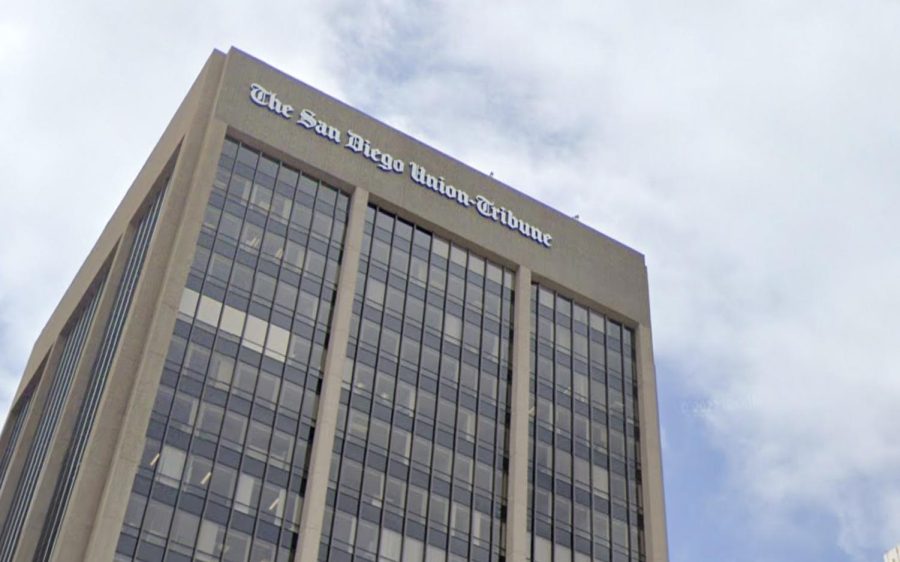 Citing rising costs, The San Diego Union-Tribune will cut some of its Saturday subscription print distribution in early May, customers were informed in a letter Wednesday, April 20.

Starting May 7, about 500 subscribers will stop receiving the Saturday print edition, according to a letter emailed to advertisers. Customers were encouraged to read the digital Saturday edition instead.

“Rising costs for trucking, labor and newsprint have led us to reassess our ability to deliver Saturday newspapers to outer edges of our distribution network,” Paul Ingegneri, Union-Tribune vice president of advertising, said in the letter, which was shared to the North Coast Current by a past Union-Tribune advertiser. “Rest assured, their ‘paper’ will still be delivered in a digital format accessible via computer, smartphone, or tablet. Your print ad message will be delivered right along with the digital paper that day.”

The letter did not define what the outer edges of Union-Tribune distribution were. However, a “ZIP codes in scope” list at the end of the letter indicated that areas of East County, north to south, would be affected. The areas could potentially include Borrego Springs, Julian, Santa Ysabel, Rincon, Pala and Pauma Valley to the north, and Pine Valley, Mt. Laguna, Campo, Cuyamaca, Boulevard, Dulzura and Jacumba to the south. El Centro and Imperial could also be affected.

The Union-Tribune digital edition is a reproduction of its print newspaper with added features, which Ingegneri encouraged readers to take advantage of.

“These U-T subscribers will receive an email, every Saturday morning, to give them access to a digital replica of the print newspaper,” Ingegneri explained in the letter. “The digital paper has the same content and design as the print version. In fact, it is created from the same electronic files that we send to the pressroom each day.”

Ingegneri wrote that the change will affect only Saturday deliveries in limited areas, and that customers will continue to receive print editions Sunday through Friday.

“Times of great change require innovative thinking, and we believe this step will be the start of more imaginative presentations and delivery of our news and advertising content for our current and future readers,” Ingegneri wrote.

In an October 2021 email response to the Times of San Diego, Union-Tribune Publisher Jeff Light indicated the possible elimination of print editions, perhaps going to once a week, given an ongoing decline in print circulation.

“Our plan for the Union-Tribune, like all big newspapers, calls for a digital future, with Sunday remaining in print,” Light wrote to the Times of San Diego. “We have robust business planning for the future of the company that we put in place back in 2017, and we have been hitting all of our marks.”

Print circulation declines have been an industrywide concern for many years.

Pew Research Center, in its Newspaper Fact Sheet published in June 2021, found that there was an overall 6% decline in weekly and Sunday circulation nationally in 2020. The pandemic, election and other news interests likely helped temper 2020’s numbers. The decline, the smallest since 2014, is still indicative of a longer downward trend, however.

“If something falls continuously for decades, at a certain point it finds a floor,” Pew researcher Michael Barthel wrote. “But it does indicate that the extremely newsy year of 2020 may have had some positive effects for newspapers.”